Are you adding value to your external financial report?

Time to re-set the CFO/CIO Relationship

Time to re-set the CFO/CIO Relationship

By Mark Fenton-Jones in Business Trends, Leadership, Opinion 22 May, 2016

Arguably the two most critical functions in a business, much has been written about the need for CFOs to work closely with CIOs. With an ever-growing focus on digital capabilities, these traditionally segregated roles are becoming increasingly integrated through technologies such as Big Data, analytics, mobile and cloud-based solutions.

In the past 18 months, several professional services firms have released surveys showing that CFOs and CIOs are collaborating more. And in this new dynamic, there is no shortage of articles providing advice about how to make the burgeoning relationship work; “Work as peers even if the CIO reports to the CFO,” exhorts one article.

For instance, when considering investing in new technology, CFOs are being encouraged to go beyond the traditional role focused just on budgetary matters like cutting costs. Because, they say, technology can potentially transform an organisation and if the business does not keep up to date with technology, it can severely hamper its growth.

Recommendations for successful CFO-CIO collaboration include:

Admittedly the sources of such advice have a vested interest in promoting it. But the need to give such advice implies that CFO-CIO relationships either did not work in the past or, if they did, they struggled.

“I present to 150 CFOs every three months at the William Buck CFO Symposium and I always ask them the same question: ‘Do you trust your CIO to implement your technology agenda?’”, says Ken Matthews, founder of CIO Advisory. The response is not heartening for CIOs. “Only three per cent trust their CIO to manage the technology agenda for the company. It’s clear that trust has been lost over the last 15 years,” Mr Matthews says.

Mr Matthews has held eight CIO positions with leading Australian companies such as Fortescue, BHP Billiton and Transurban. Besides his firm’s advisory work to CFOs, he mentors about 20 CIOs and makes regular presentations to the CFO community. His topics of choice are “How the CFO works with the CIO” and “The CFO is the new CIO.”

In his view, the CIO role had full autonomy and uncensored control, but its status has gradually declined. It started with the millions of dollars businesses spent on fixing the so-called Y2K bug in 2000.

“CFOs spent all this money on Y2K and nothing happened; the CFO made the logical assumption that this money was wasted,” Mr Matthews explained, adding that the perception worsened over the following decade. He provided details of well-known businesses (which he asked not be published) that had lost millions through failed technology investments.

“Owing to the loss of trust, CFOs took back strategy, supplier choice, technology decisions and staffing. And we are now past the tipping point.”

Consequently, he sees CIOs being recruited who are more junior and are given less authority. This results in less satisfaction because they are unable to do the job they think they were employed to do. “You see a lot of turnover.”

The availability of accessible, enterprise ready, third-party products has further damaged the CIO/ CFO relationship. Many CIOs still just want to build things, while the CFO must evaluate associated issues like affordability, risk, cash flow and suitability for the business model.

“They don’t need a mission-critical ERP [enterprise resource planning] anymore, which was developed from scratch and costs $150 million, because they can buy one off the shelf for about $25 million,” commented Mr Matthews. “The CFO has taken the leadership role gradually and not deliberately but we are here all the same.”

His advice for CFOs is:

Says Mr Matthews: “The CFO/CIO relationship must be re-invented to meet the new model. Rather than being a new source of friction, there is an opportunity to ‘re-set’. Unless your CIO steps up and embraces a more strategic role, the CFO must now, more than ever, take the reins and drive the transformation to the new world.” 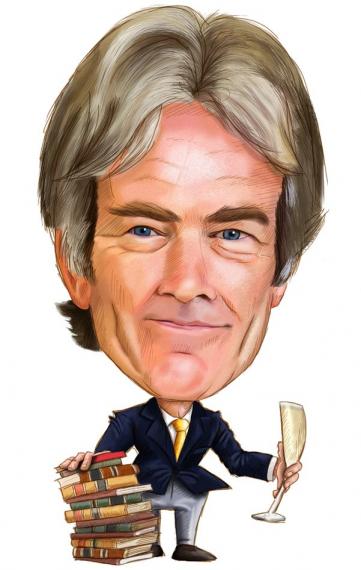 How to attract VC investment – from the VCs

The human factor in an IPO