Cyber security and the CFO

How a skincare start-up became this year’s top IPO

A prison sentence was the last thing on a senior executive’s mind as he left for a long-postponed holiday. But that was the outcome, after the directors of the business he worked for asked our forensic team to make some discreet enquiries.

Their concern arose from a seemingly innocent query from the junior accountant who had assumed the senior executive’s responsibilities while he was on leave.

While on holiday, the executive had asked the junior accountant to transfer a substantial amount of money to his work credit card, which caused her to raise the matter with a board member.

As an aside, it’s worth noting that one feature of fraudulent corporate behaviour is the tendency to avoid taking annual leave until absolutely necessary, lest dishonest activities be revealed, as occurred in this case.

Fraud cost the Australian economy about $8.5 billion in 2015, according to the Australian Institute of Crime. Corporate fraud comprises a substantial part of that figure, with businesses reporting losses of hundreds of millions of dollars thanks to corporate fraudsters last year. Indeed some sources claim that individuals perpetrating business fraud steal twice the amount of the average fraud sum.

While there is no foolproof method for preventing employee fraud, certain internal controls are essential such as the physical segregation of key duties, dual authorisations and restricted access to valuable inventories.

For many middle-market businesses, best practice internal controls are not always commercially practical to implement, and conventional detection techniques, like auditing, can be limited in their scope. The former can involve employing another senior staff member at high cost to address the segregation issue, while waiting for the next audit to detect a fraud can allow a perpetrator to cause more damage to the business in the meantime.

The challenge is to stay vigilant on employee fraud when resources are limited.

For businesses looking to keep an eye on their employees, data mining can provide a cost-effective and comprehensive solution to detecting employee fraud.

Data mining is essentially the analysis of large volumes of data to detect abnormalities or unusual trends. Using sophisticated software we are able to evaluate data sets at the press of a button, providing assurance over control gaps with a much smaller financial outlay than traditional methods.

Unlike a typical audit, where random sampling methods are used, data mining can easily review all staff and creditors payments made during the period of the analysis.

So rather than choose 5-10 employees and check samples of pay runs for those staff, as happens in a traditional audit, with data mining it is possible to map the entire workforce and quickly identify abnormalities such as: duplicate payments, large or unusual payments, or an excessive number of payments made during the a particular period.

Data mining is generally used to focus on control gaps that exist due to limited segregation of duties, which can be established through an initial discussion around the business. This tool is then used to concentrate on those higher areas of risk.

In our investigation of the above-mentioned senior executive and his potentially fraudulent activities, we established during an initial meeting that his wife worked part time in the business, helping out with administrative functions. By documenting the business’s processes and looking for control gaps we were able to limit our investigations within a targeted scope, which included the wife.

The process is most effective when a complete data set is provided directly from your business’s system for all payments made (creditor and payroll), along with the underlying source data for all employees and creditors within the system. This way we can crosscheck relationships to ensure all the key abnormalities are being reported.

Experience and critical analysis are essential for getting the best results from data mining. Used in isolation it can be just another metric.

In the case of the senior executive, after running an analysis of all payments, we detected that a number of significant payments were made to his wife throughout the year. Our investigation concluded that leave balances had been adjusted fraudulently, with more than one thousand hours transferred to her annual leave balance, then paid out over time.

Following the investigation, it was found that collusion between the senior executive and his wife had occurred, with a jail sentence being imposed as a result. 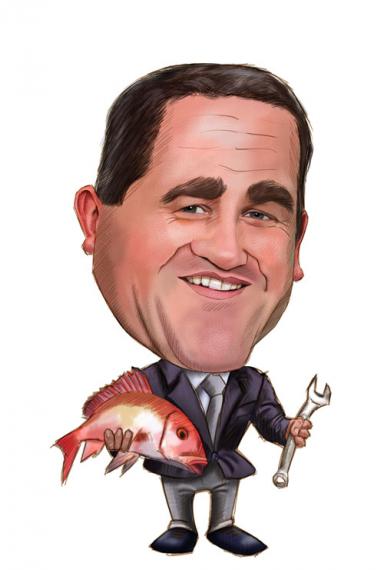 The Tao (‘DOW’) of transformation