What are Boards looking for from their Finance Chiefs?

When Venus Williams famously once said: “You can never get complacent because a loss is always around the corner,” this statement resonated not only on the tennis court but right into the world of business and no one felt this more than telecommunications company Nokia.

In 1981 Nokia was responsible for launching the world’s first international cellular network. For the next few decades the company dominated the global mobile phone market. However, their control of the market led them to become complacent and neglect the pace of change in their industry. By 2007 it was estimated Nokia’s share of the global mobile phone market had been reduced to 50% and by 2013 they had more or less exited the market altogether.

Nokia’s complacency meant that they had failed to recognise Apple and Google as major emerging disrupters during a time of critical technological advancements.

As a CFO you don’t want your business to be caught out by unexpected risks or problems. Given the choice, you would much prefer that your business was antifragile, meaning that there is “more upside than downside” from exposure to risks and stressors.

The concept of antifragility was coined by Nassim Nicholas Taleb in his book: “Antifragile: Things That Gain From Disorder” and suggests CFOs need to be constantly alert to key operational, market and strategic risks that have the potential to impact their businesses. In particular, they should be aware of a number of critical business issues we frequently observe when speaking to clients:

Affective forecasting. There is a natural tendency for people to be overly optimistic when forecasting. They overestimate revenues and underestimate costs, which can lead to poor decisions being made. A common reason for businesses getting into financial trouble is that they are too positive about how quickly they can grow their business. A very public example of this was Woolworths’ belief that they would be able to successfully create 150 new greenfield Masters hardware sites within only a five year period. Woolworths’ reported significant losses from operating the Masters’ business, as well as a $1.9 billion impairment loss when they decided to exit the business in 2016.

In every business, fragility can be detected, measured and ultimately transformed to benefit and enhance a company’s market position and overall financial performance. In our next edition of The Real CFO, we will look further into some of the systems and processes a CFO can use to protect and create value for a business by making it more antifragile. 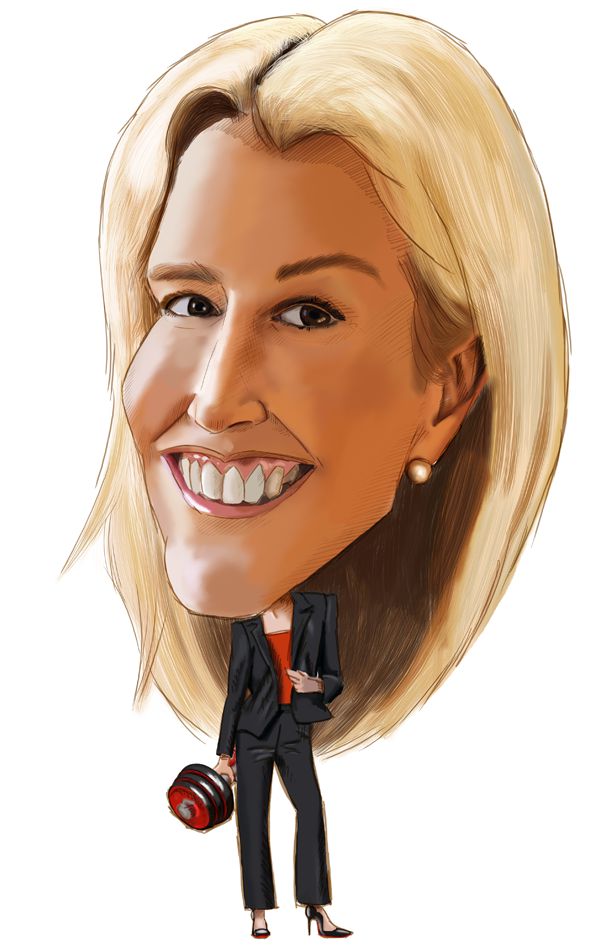 Don’t let the Christian Louboutin heels distract you – Liz Smith is equally at home in RM Williams if duty calls outside of Melbourne’s CBD.

This is one smart operator who you want on your side if you’re an SME on the rise or a corporate looking for a refreshing point of view.

Dignified, wise and thoughtful she won’t shoot from the hip. Instead, after a thorough briefing and deep consideration she’ll present you with more options than you thought imaginable.

A concise, convincing communicator whose rational common sense exudes confidence, she provides exciting – if tempered – insights into the art of the possible.

Likes cross training in the Tan on Sundays followed by afternoon tapas at MoVida.