Can you imagine the role of the CFO in a time of crisis?

It’s not every day that a catastrophic event occurs which has the potential to severely disrupt the income producing capability of a business in the short-term, result in significant reputational risk and threaten the going concern basis of the company. But there are times these imagined scenarios do become a reality and it is often the well prepared CFO who helps the company to navigate the bumpy road ahead.

In 2015, the Volkswagen Group faced an unprecedented event when it was issued a notice of violation of the Clean Air Act by the United States Environmental Protection Agency (EPA). The EPA found Volkswagen had been misleading when it deliberately programmed turbocharged direct injection diesel engines to activate certain emissions controls only during laboratory emissions testing. These emissions were significantly less than real world driving. In the days following the scandal, Volkswagen’s Group’s CEO Martin Winterkorn resigned, its stock price fell in value by a third and a number of its key research and development leaders were suspended.

Samsung faced its own challenge in September 2016. Only weeks after the release of its much lauded Samsung Galaxy Note 7 smartphone, the company began receiving reports that a number of phones were catching fire while recharging. Initially, the South Korean company offered an exchange or refund, but when reports of fires continued even with the replacement devices, the brand decided to recall all Galaxy Note 7s and to cease production. While it was considered a manufacturing crisis initially, it eventually became a public relations crisis as the company drastically underestimated the scale of the problem. The direct cost of abandoning its potentially dangerous Galaxy Note7 phone was USD $4 billion while the opportunity cost has been valued at nearly USD $20 billion dollars in lost revenue over the anticipated life cycle of the device.

However, catastrophic events aren’t limited to just consumer goods. In October 2016, four people were fatally injured while on a leisure ride at Dreamworld on Queensland’s Gold Coast when their water raft crashed into an empty raft and flipped over backwards into a wooden conveyor belt on the Thunder River Rapids ride. The theme park was subsequently closed for six weeks. When it reopened, the financial impact to the business was already evident in the revenue figures which were down 63% compared to the corresponding period in 2015. The market capitalisation of the listed parent entity also fell by 25% reducing the enterprise value by over $300 million immediately following the incident.

In all of these high profile cases, each corporate was slow to react to the circumstances, under-estimated the extent of the crisis and demonstrated a lack of concern for their customers and key stakeholders. Furthermore, the considerable damage caused to the reputation of these businesses and the actual cost of resolving their respective crisis will continue to reverberate for years to come.

It is vital that you’re always prepared for when disaster strikes. In these instances, it creates a series of issues the CFO must address. Some of these may include:

One of the most valuable intangible assets to a business following a crisis and its response to it, is the acquired goodwill. How a CFO responds to the fallout could mean the difference between closing its doors for good and the ability for the business to eventually recover.

To support the value of the goodwill, a discounted cash flow model is used which assumes revenue growth in excess of the cost of running the business. But with revenues no longer flowing through and with no certainty over when normal operations will resume, the CFO now has a crisis to attend to which may severely affect short-term operations and ultimately the long-term going concern of the business.

While it seems that a crisis may be unexpected, good corporate governance is found in those businesses who have a detailed and extensive risk register in place to mitigate the risks of not just a crisis but of any actions which may cause any financial, operational or reputational damage. The CFO is ideally placed to ensure that risks are properly identified, recorded and wherever possible mitigated by establishing and overseeing the risk register in association with a Risk Committee.

So when that crisis hits, the CFO should already have plans ready to activate which address the crisis and minimise the damage to the business. CFO to the rescue! 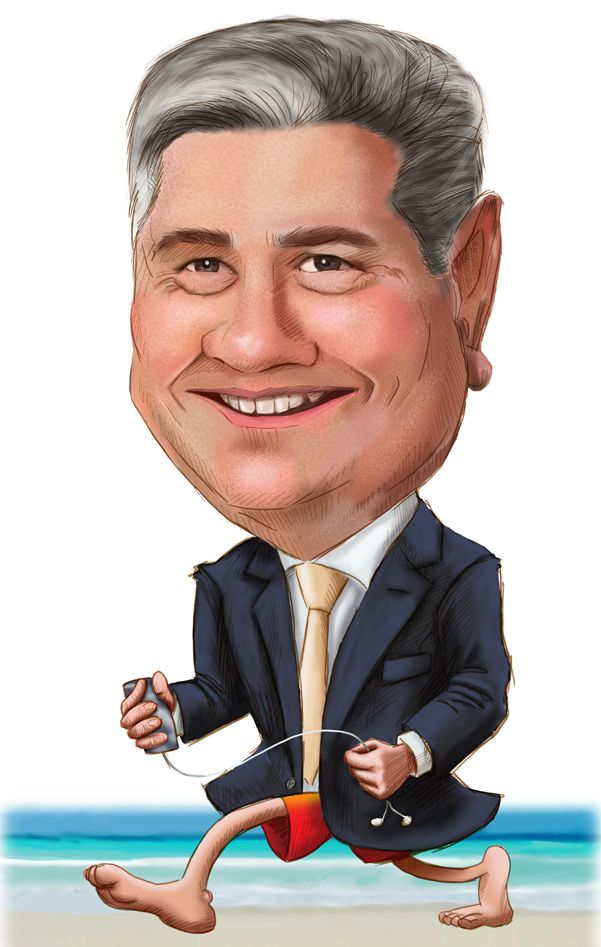 A nice combination: simplifying the financial reporting process for IPO