So you want to join a board of directors?

Over the last 11 years I have had the good fortune, of working and living in New Zealand, Hong Kong, China, Thailand and the Philippines, in that order.

China has always been seen as the Big Prize – and certainly it commands attention as the single largest consumer market in the world with a significant middle class and equally significant disposable income.

This, however, is a common misunderstanding of the market. It’s not a single consumer market at all, but rather a combination of different markets over different regions and different tiered cities. In reality, China is at least ten or so different markets, each requiring separate approaches in order to be successful.

The other issue about China is that for the last seven or so years it is on every exporting or importing company’s strategic plan with Tier 1 cities always the first in line. And like sheep we follow.

But I want to ask the Boards of these companies one simple question – are you able, willing, and do you have the time and financial resources to compete with the world’s largest international companies, who also happen to be targeting that market?

If, indeed, you have limited resources, time and commitments, wouldn’t it make more sense to target markets that are closer to home and often overlooked by those same big international companies?

Both Australia and New Zealand have signed Free Trade Agreements with the ten nations comprising ASEAN, which formally became a single economic community in November 2015; even though there is still a bit to do to make that a reality.

The more developed economies of Indonesia, Singapore, Malaysia, Philippines, Vietnam and Thailand offer the safest returns. The less advanced nations of Laos, Cambodia and Myanmar offer potentially higher returns but also come with higher risk. I don’t include Brunei because its relatively small and, thanks to oil, extremely wealthy.

Indonesia has grown rapidly and will have GDP of US$1 trillion next year, but there are still gaps in the market where you could have first mover advantage.

The New Zealand ASEAN Business Council took trade missions in 2014 and 2015 to Indonesia, and each time returned with confirmed significant export orders and joint ventures in industries ranging from oil and gas rights to furniture, potatoes, education and infrastructure projects. If you’re prepared to make the effort, Indonesia is a very attractive option. As always, it’s important to be conscious of local customs and practices when doing business internationally.

Did you know that men are not permitted to ride on motorbike taxis that are operated by female drivers, and Fridays are set aside for prayers? If not, I would recommend employing a guide to accompany you initially, until you become familiar with cultural norms.

Philippines and Malaysia still have some first mover advantages, whereby you can establish brand recognition which should translate into higher margins in the short to medium term. Fonterra is a case in point, having been the first to launch its milk products under the Anchor brand. Having established itself as the premium brand it now commands a price margin of 5-6% over different brands producing the same products, and that margin goes directly to the bottom line.

Moreover, Philippines has a number of positives, which should not be overlooked:

Of course, all of this doesn’t mean that there aren’t challenges in any of the ASEAN markets.

Corruption does exist, albeit no more than what you would experience in China. In Manila and Jakarta a lack of infrastructure spending has meant long traffic delays (it would be entirely normal to spend 4 hours crossing the city in a car). Both cities may also experience periods of electricity “brown out” and IT speeds are less than optimal. But there is commitment by both Governments to address these issues.

Personally I avoid Manila and have found San Fernando (close to the US bases and an international airport) and Roxas (close to significant fishing, cereal and pork production) to be far easier to do business – minus the traffic and brown outs.

Some industries have made particular strides in the last year. Australia has negotiated a number of produce access rights in Vietnam including cherries, avocados, citrus, pears and stone fruit amongst others. Vietnam is also effectively a back door to China and there is a continuous route of trade from Hanoi to Kunming and the border restrictions between Vietnam and China are far less rigorous than the direct shipping border rules.

New Zealand companies have also negotiated joint import ventures for produce, such as apples and avocados to Thailand and milk based products to Malaysia, with exports more than trebling in the last year as a result.

So, before automatically placing China on your strategic list, consider markets closer to home. There are more opportunities than you might expect, with less bureaucratic requirements and less competition from much larger international businesses. As emerging economies, they are very keen to do business – in fact, they remind me of China ten years ago. 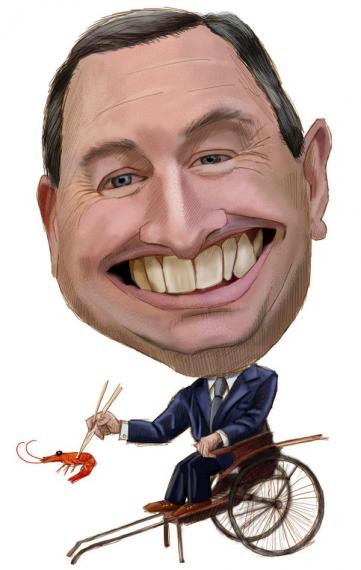 How the Hayne Royal Commission findings could impact your manufacturing business